“The Talkin’, Ayyyym offended, If that IS your Real Name, End of an Era, Friiiiiitz Call Blues” (a.k.a. “Actual Telephone Calls Heard at My House over the Course of a 15 Year Period #332”)

Mister Herman's Home Page > Home Page > Horribly True Tales from the Drunken Trucker > “The Talkin’, Ayyyym offended, If that IS your Real Name, End of an Era, Friiiiiitz Call Blues” (a.k.a. “Actual Telephone Calls Heard at My House over the Course of a 15 Year Period #332”) 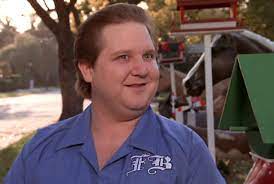 When I worked as a morning drive radio DJ, back in the ’90s, frequently we would get calls from people who wished to complain about something they heard on the radio which had offended them.  Trouble was, with very few exceptions, the thing they heard that had offended them had been said by an on-air personality on a completely different radio station than the one I was employed by.  Yep, whenever John Boy and Billy said something saucier than most decent folks cared to hear, the O-ffended of Northeast Mississippi had no other recourse than to open the phone book, pick a radio station at random, and then call me or my morning show partner to lecture us about something we’d not even said.  We called these the “Ayyyym offended” calls, since they always began with that phrase.

For the past 15 years, my wife and I have experienced a different but still related telephonic behavior in what we’ve come to refer to as the “Friiiiiitz” calls.

Way back, around 2006, our land line rang at 3 a.m., waking us up.  Since 3 a.m. is outside the normal hours of telephone conversations, we naturally expected the call to be from a relative bearing tragic news.  I braced myself for the worst as I answered the phone.

ME— Um, this is Eric Fritzius.

CALLER— Do you have… Fritz’s number?

CALLER— I need… to call… Friiiitz.  I’m having…  an emergency.

ME— Uhh…   (Looks to my wife, who, at the time, was a medical resident and who presumably might be of help)  She says she’s having an emergency?

ME— Ma’am.  I’m sorry, but if you’re having a medical emergency, you need to call 911 or go to the emergency room.

That was the first of at least a dozen such hour-of-the-wolf “Friiiiitz” calls we have since received.  I’m pretty sure that same lady has been responsible for many of these calls, but a few other folks have called as well.  Folks who have experienced what they have deemed to be a medical emergency, at 3 a.m.; folks who then decided to phone up, not their doctor or otherwise a trained emergency medical professional, but instead their favorite pharmacist, Fritz, because that makes a metric ton of sense; folks who then opened their white pages to F, at 3 a.m., located a last name that shares five letters with the name Fritz—which, it should be noted, is not actually the real Fritz’s last name to begin with, as “Fritz” is a nickname the real Fritz uses in place of his real first name—and then these folks blindly phone said number in the assumption that they’ll reach the Fritz they want. And every time—every single time—no matter if it’s the original lady caller or some other rando, when told we are not the Fritz they’re looking for, these folks always ask if we have Fritz’s number.  Because all Fritzes know one another, I guess?

No, we most certainly do not have Fritz’s number. We have gone to great lengths not to have Fritz’s number—and by “great lengths,” I mean we have never bothered to check if Fritz’s number is actually listed. And our reason for this willful ignorance is because if we were to look up Fritz’s number then we would have Fritz’s number, and the fact that we would still not be willing to give his home number out, at 3 a.m., to people who should be calling 911 in the first place, would mean we would feel extra guilty for willingly withholding said information should they die from the medical emergency they refused to call the proper medical assistance to assist with.  Instead, we have always been polite when such calls come in, but always advise the callers that in genuine medical emergencies the only number they need to phone is, in point of fact, 911. With great frequency, the reply to this suggestion is the declaration: “I caiiint dooo thaaaat.” So far none of the callers have elaborated as to why they can’t.

In 2008, we relocated from Greenbrier County to Mercer County.  There are no Fritz’s Pharmacy locations in Mercer County, though, so our “Friiiiiitz” calls came to an end, and the only 3 a.m. calls we occasionally received were medical emergencies involving patients in the hospital for whom my doctor wife was genuinely responsible.

In 2012, we moved back to Greenbrier County, got a brand new land line phone number, listed it in the phone book, and waited in anticipation.  Sure enough within the first two months, right on time at 3 a.m., the phone rang.

ME— No.  No, this is not Fritz.  This is the Fritzius residence.  We are not related to Fritz from Fritz’s Pharmacy.

FEMALE CALLER— This is not Friiiitz?

ME— No, we do not have Fritz’s number. Again, we are not related to Fritz. Our name only shares five letters with his name.

CALLER— I need… to call… Fritz.  I’m having… an emergency.

ME— Then you need to call 911 or go to the emergency room.

CALLER— I caaaiiint do thaaaat.

In the years since our return, these calls have continued, albeit not often.  Most have been from folks other than the usual lady.  Some have even occurred during actual daylight hours.  We still have not had Fritz’s number.

While writing this, and after 15 years of steadfastly avoiding the task, I finally looked up Fritz’s home number.  Turns out, it’s been right there in the phone book the entire time, listed under Fritz’s very own name. However, the callers would still have been unable to determine which number was truly his even if they had known his actual last name, because “Fritz” was smart enough not to have his phone number listed under his nickname either.  Instead “Fritz” used his real first name, which also starts with F but is also not Fritz.  In other words, the real Fritz doesn’t want these calls any more than us Fake Shemp Fritzes do.

And the reason why I finally looked up Fritz’s number? Only because the days of the 3 a.m. Friiiiitz calls are now probably at an end.  You see, the real Fritz recently sold his chain of pharmacies to CVS, and will no longer be dispensing meds under that name. I figured it was finally safe not only to have a look at his number but to tell this story.

It’s the end of an era for sure, but I am astounded that with all the hullabaloo of Fritz transferring his customers’ pharmaceutical records to CVS, we’ve not received even one “Friiiiitz” call about it.

Might go so far as to say, “Ayyyyy’m offended.”