Today’s TARDIS Collector’s Corner features one of the more unique TARDISes in my collection, which is also, as of this writing, the most recent. It’s also one I had a pretty heavy hand in the final appearance of, though none in its basic construction. As you may have guessed from the title, I’m talkin’ bout the Siege Mode TARDIS, which first appeared in the Peter Capaldi Story “Flatline,” as written by Jamie Mathieson, and as mentioned in last week’s Big Chief Mini TARDIS accessory. 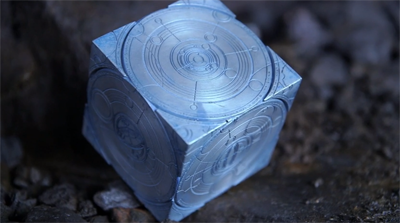 In addition to being one of my favorite Capaldi stories in general, “Flatline” introduced a number of cool concepts into the show’s mythos. Not only did we have a group of new (and as-yet-to-reappear) villains which the Doctor names “the Boneless,” which are two-dimensional creatures capable of killing human beings by turning them into graffiti, we also get to see the effect such creatures have on a multi-dimensional device such as the TARDIS. As the story progresses, we see the notoriously bigger-on-the-inside TARDIS become progressively smaller on the outside due to the presence of the Boneless. At first it shrinks to maybe a quarter of its normal size, forcing the Doctor and Clara to crawl through cabinet-sized doors to exit. Then, with Clara on the outside and the Doctor returned inside, the TARDIS exterior continues to shrink until it’s no bigger than an Electronic Flight Control TARDIS version of itself. In this form, Clara is able to carry it around in her purse, talking to the Doctor’s face through its door. As the TARDIS continues to react to the presence of the Boneless, it eventually enters an altogether different form called Siege Mode, becoming a 6″x6″ cube with Gallifreyan designs etched into its surface. In Siege Mode, nothing can penetrate the TARDIS’s exterior, but the Doctor is also trapped within it, life-support dropping to non-existent levels. (I will say, as gargantuan as the TARDIS is on the inside, the idea that the Doctor would ever run out of oxygen seems pretty silly unless it was all somehow vented–which we weren’t shone. This comes up in multiple other stories as well, so apparently it’s a real design flaw. I blame Omega.)

I loved “Flatline” as well as Jamie Matthieson’s other stories during the series. When word came down that Stephen Moffatt was leaving as showrunning, Matthieson had my vote to become the new guy. Even if he never does, though, he set up a storyline or two which have yet to be paid off, so perhaps one day he’ll return to at least write those episodes. 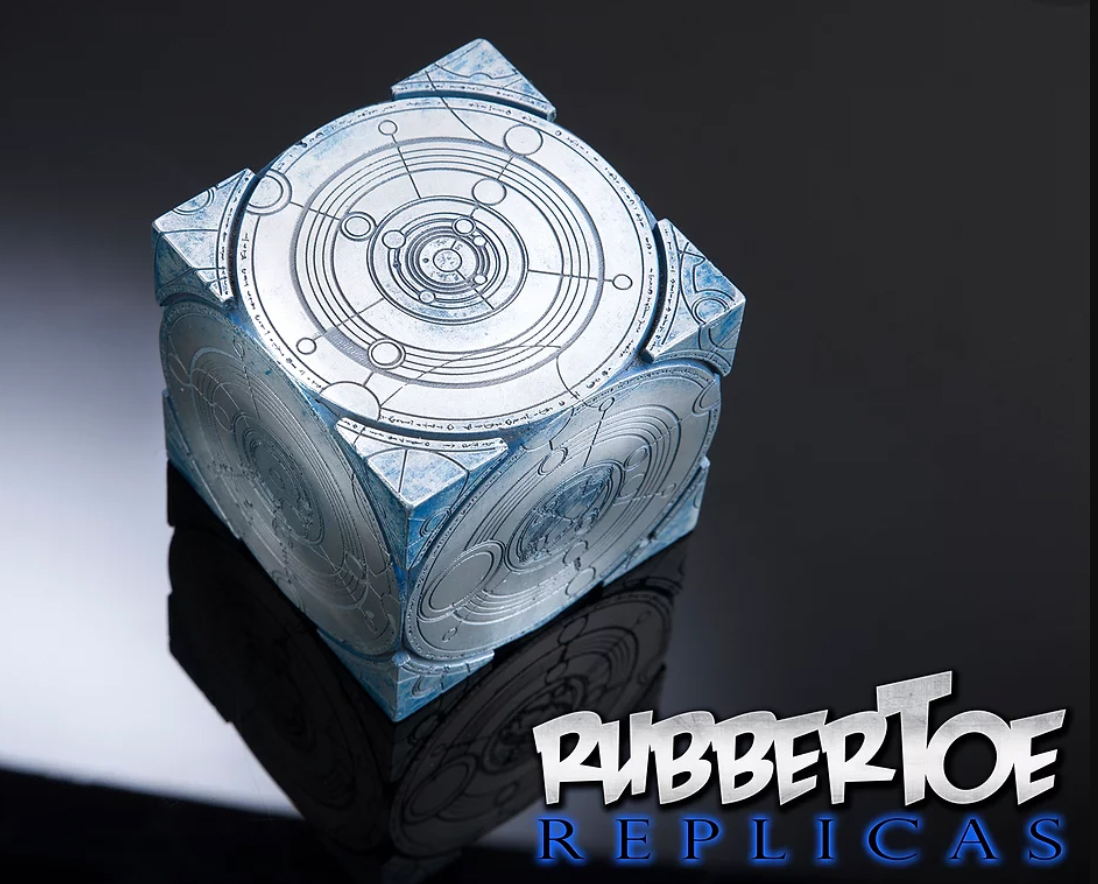 While I enjoyed the Siege Mode in the show, I kind of forgot it existed. It’s way less exciting than just the mini-TARDIS form on the show, and I was way more fascinated by the Boneless themselves, whose physical appearance became one of the more unique and terrifying villain forms we’ve seen in the history of Doctor Who.

Big Chief Studios included a tiny Siege Mode TARDIS with their Peter Capaldi figure-release, alongside the mini-TARDIS from last week. I only realized this fairly recently. No, it wasn’t until RubberToe Replicas released a Siege Mode TARDIS replica that I even remembered that the TARDIS had another form in recent years. As with all of RubberToe’s other replicas, this looked to be a very nice, high-quality item and was to scale with the original prop. Unfortunately, it was also more hundreds of dollars than I cared to pay for one, so I didn’t buy it. 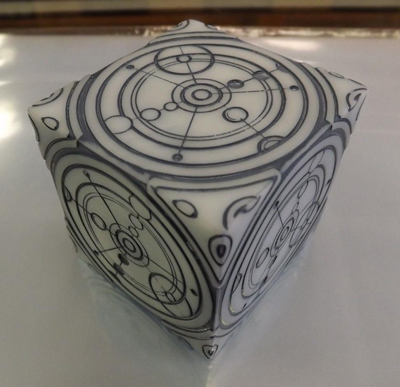 A little more affordable was Titans Collectibles Siege Mode TARDIS, released as part of their line of randomly packaged stumpy little vinyl Who-related figurines. I believe, however, it was intentionally made a rare item in that line, probably having no more than one or two per display box, if that. It looked nice, but was not exactly to scale with the original prop, so even when I found them for sale on ebay, they just weren’t as attractive. No, I’d already had the to scale RubberToe version and no other felt like it would do. 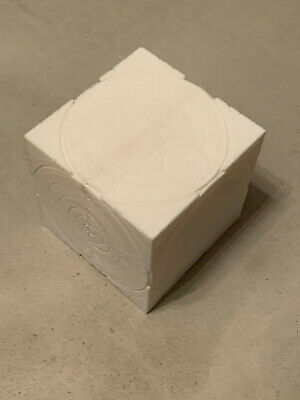 My happy-medium solution, which I’m rather pleased with, was to buy a 3D printed Siege Mode TARDIS blank, from a seller in England. It arrived and was pretty sweet just in unpainted form to begin with. That it could be customized, though, meant it was a cube of potential.

As with many 3D prints, you could clearly see the print lines in the surface of the model, but I knew that going in. Some minor sanding and layers of paint help to lessen this quite a bit, though does not remove them entirely. I knew I could sand them down flat, but then I would lose all the detail of the sculpt itself.

After priming, I began experimenting with spray paint effects. I gave it a layer of a dark metallic grayish black as a base, then used a round candle lid to mask off the circular sections, one at a time, in order to give the corners a dusting of a brighter metallic blue spray. After that I switched to hand painting with brushes and metallic paint pens, coloring in various areas of each side to give it more visual appeal. Each face of the cube is unique, though similar in elements to the others, usually with smaller circles of varying size orbiting a central circle, with lines both straight and curved cutting through these areas as well. 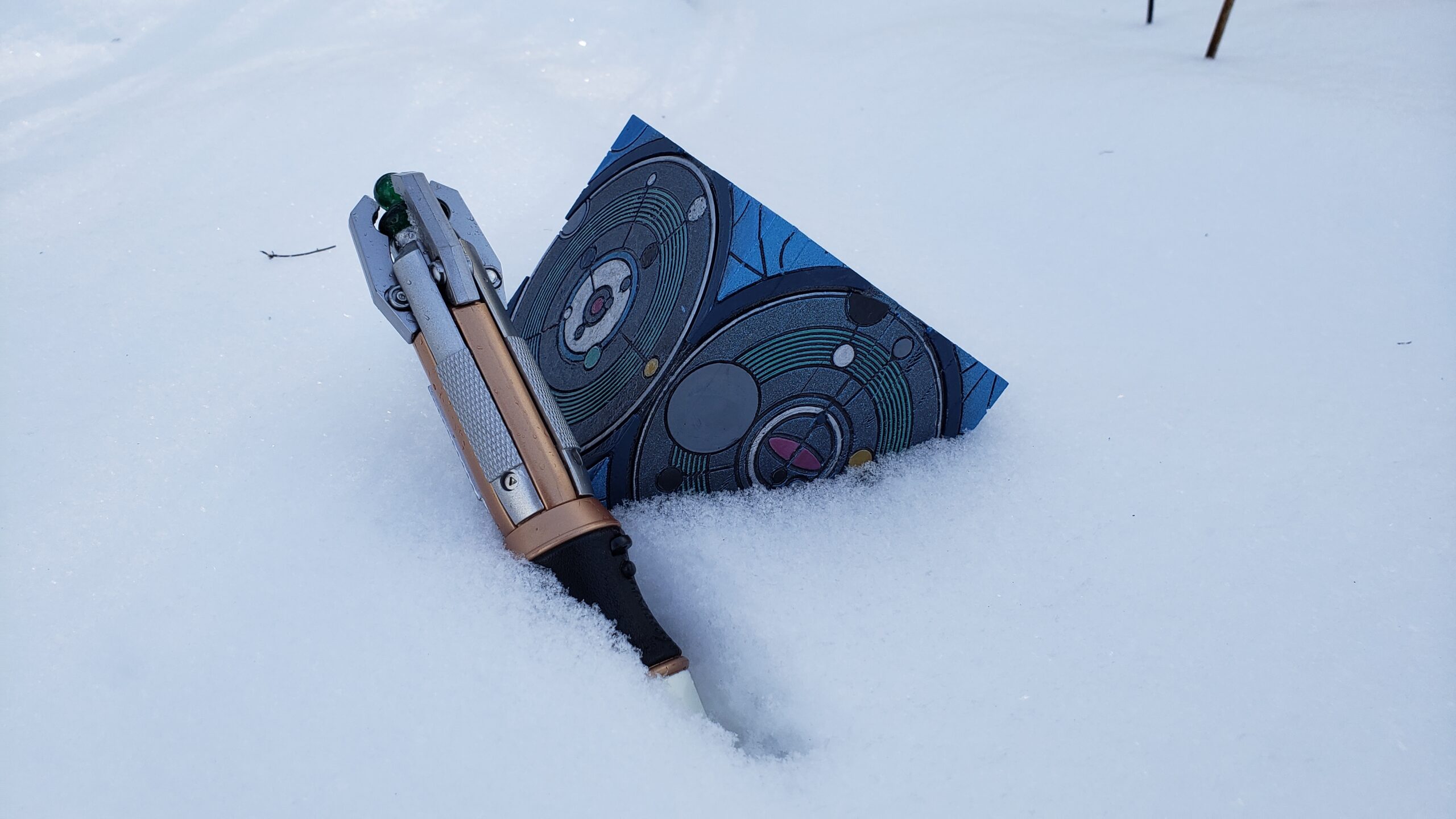 I decided right away that I would not even bother trying to match the appearance of the original Siege Mode TARDIS from “Flatline”–which was, frankly, pretty plain Jane. Instead, I would freely add color and non-screen-accurate details as I saw fit. And while most of the colors can be found within the TARDIS’s usual color scheme, not all of them do. There are shades of green and yellow and mauve incorporated simply because those colors were available in the paint pen set I bought. In many ways, it kind of thematically reflects the opening credits of Capaldi’s era, with the swirling clockwork and spherical shapes orbiting on circular trajectories. 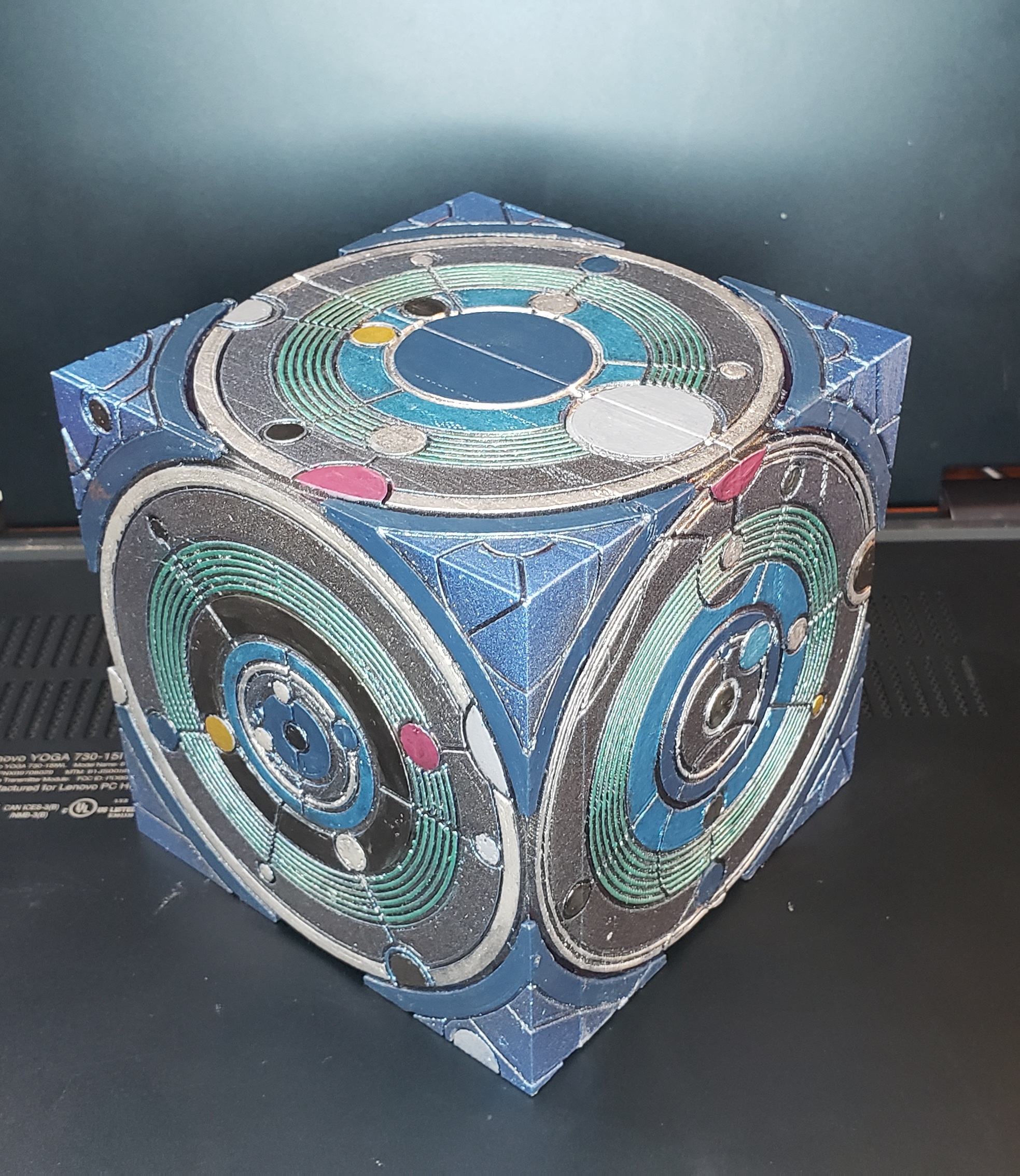 My wife even got into the act. Seeing that some of the silver on one of the rings was a little faded (likely from having been set down while still wet) she took one of my silver metallic pens and went over it. Then she started in on the other colors as well. So this wound up being a whole family affair. I even had to borrow some paint from my mother-in-law, so she’s got some stake too.

I like my Siege Mode TARDIS far better than the show version. I give it four TARDi.