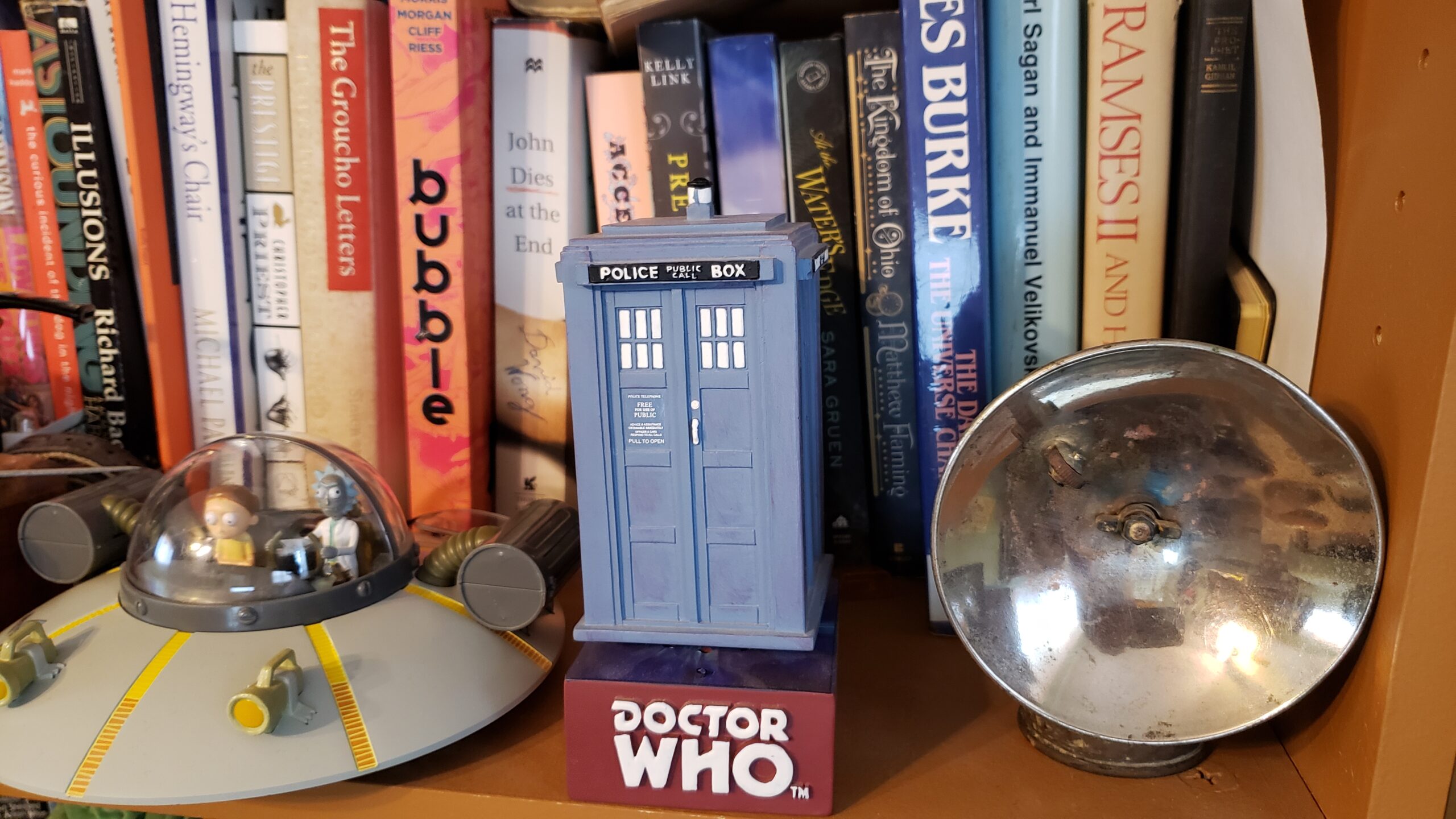 Another of the rare bobble head TARDISes that I own, this is the classic series bobblehead TARDIS manufactured by Biff Bang Pow! Once again, I was drawn to buy this mainly because, not being a humanoid figure, it didn’t have an oversized head to bobble but simply bobbled as a whole, and because it was a respectable likeness of a classic flat-roofed early Tom Baker TARDIS or maybe a late Pertwee model.

Analyzing it, this bobble head overall is a bit of a mish mash of Pertwee and Baker elements. The TARDIS itself could go either way. The flatness of the roof matches Baker’s more closely, but the roof lamp design is more like the taller skinner lamp Pertwee’s TARDIS had in “The Time Warrior.” (Pertwee’s often had the fatter lamp, carrying over from Troughton’s era.) The lighter greyish blue paint job is also better suited to Pertwee’s era, as Baker’s tended to be a more greenish hued darker blue. The Doctor Who logo on the front is a bigger giveaway, being the official 3rd Doctor logo used from seasons 7-10. (And again for the TV movie.) However, if you look beneath the TARDIS itself, on the top of the base, there is the image of the time tunnel from Tom Baker’s early years. Granted, this was also used during Pertwee’s final season, so it could still be his, but the logo changed during that season as well, becoming the diamond logo we associate with Baker’s run. (My favorite logo, truth be told.)

Where this bobble head distinguishes itself is that there’s a button on top of the base, just below the front doors, that plays the classic Pertwee/Baker theme music.

The whole thing is cast in hard resin, which makes it feel a bit fragile somehow, but I’ve not had any actual problems with breakage. I just know that of my many TARDISes, this is one of the ones I wouldn’t want to drop even on carpet.

All in all, I like it well enough. It’s a good representation of a TARDIS from my favorite era of the show and it plays the proper theme. Gotta give it four TARDi.