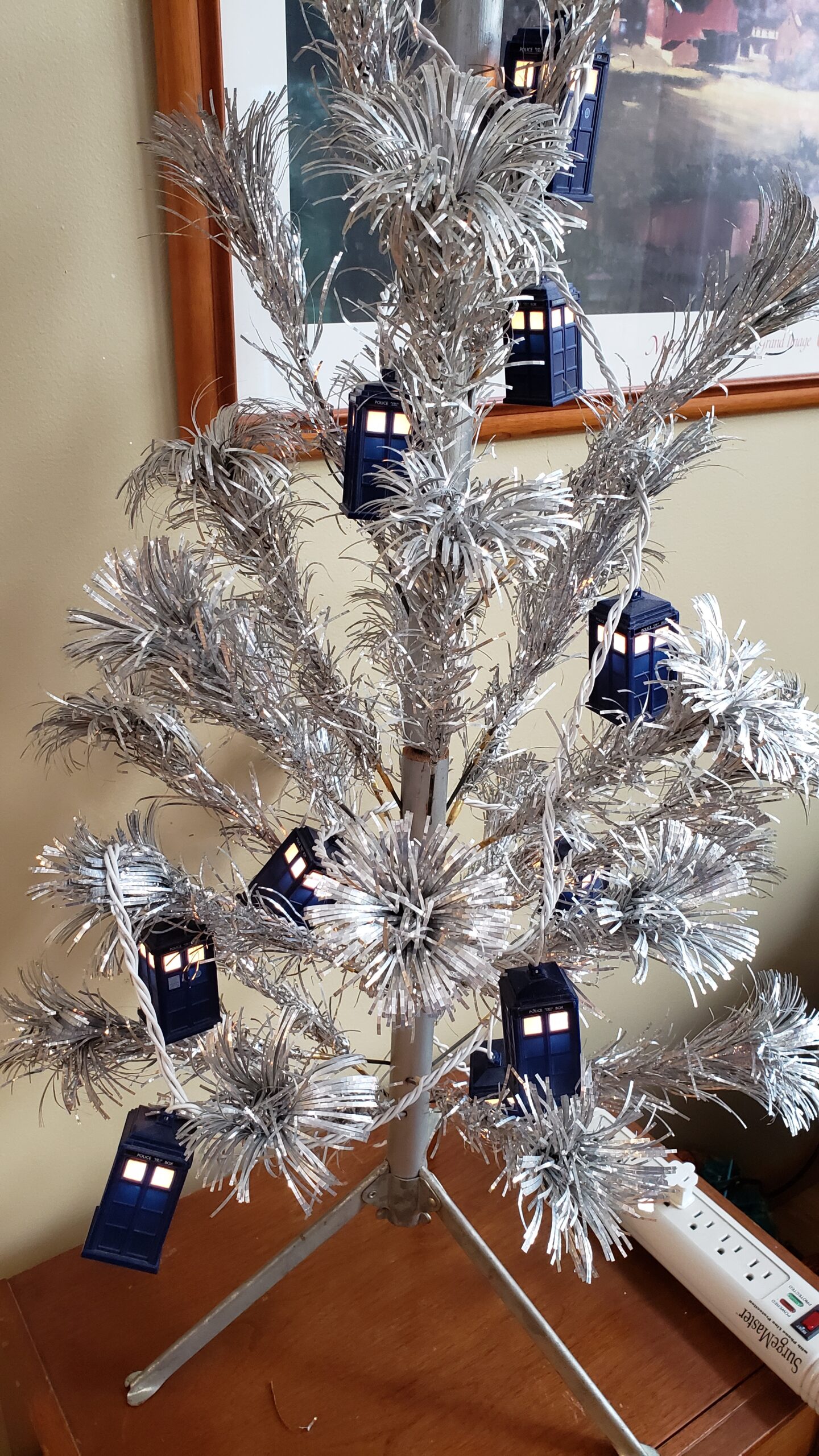 Continuing the holiday season for TARDIS collecting, I can finally detail 10 of the TARDISes in my collection in the form of a set of TARDIS string lights.

Manufactured by the Carlisle Company of Carson City NV, and licensed by the BBC, but purchased from the late and lamented ThinkGeek.com, these string lights are from the Matt Smith era of the program, complete with bright blue paint job and the return of the St. John’s Ambulance Company badge on the door. They are well-sculpted with a decent wood grain, though not one that’s especially to scale with how grain would look on a full-sized TARDIS. Better than most, though, I’d say.

When illuminated, the light from within does tend to bleed through the surface of the blue-plastic instead of just from the windows and roof lamp. In point of fact, the roof lamps don’t glow at all, as that’s where the wires connect.

Now some folks would say that, with this item being a single unit, it should only count as one TARDIS in my collection. I am 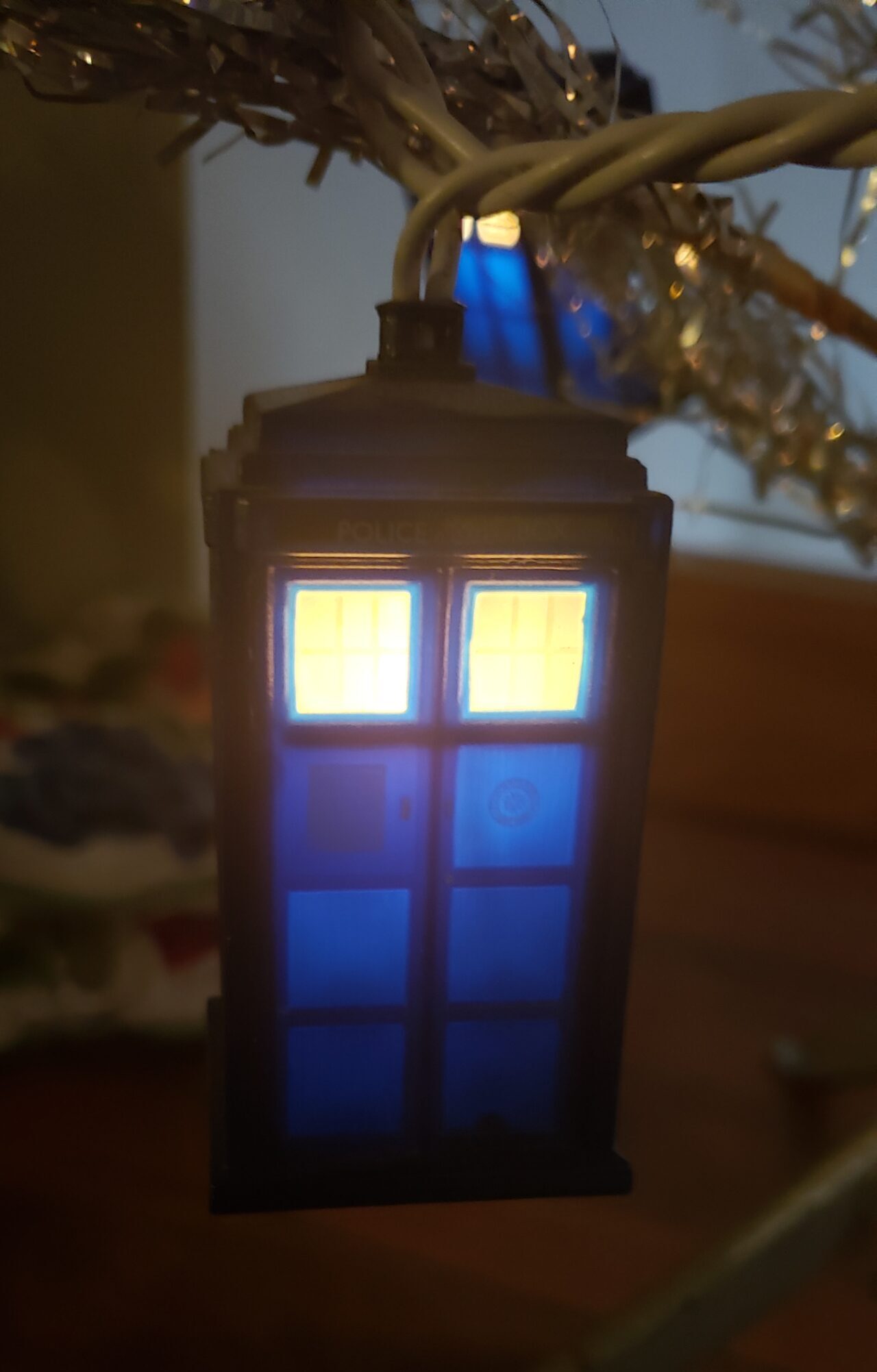 not one of those people, though, and count it as 10, since there are 10 individual TARDISes present and accounted for. Yep. That’s how I roll. One purchase increased my already sizeable TARDIS collection by 10. That’s some festive holiday efficiency for your ass.

As far as string lights go, these are fine. There are only 10 of them, so you’re either going to have to string them on a very small tree (as I did using my grandmother’s antique artificial tree in the image above) or you’re going to need more lights. Like many string lights, these will connect to other sets, be they TARDISes or other types of lights. Maybe you could mix and match with Dalek string lights. However, if you just want some atmospheric TARDIS lights to hang from the end of a

bookshelf (which is where mine usually live) then they’re great. I give ’em 3.5 TARDi.

More recently, another company, Rabbit Tanaka, has picked up the license to make TARDIS string lights. (Rabbit Tanaka also manufactured the TARDIS night light from a few years ago, which I also own but have not yet reviewed here, though I suspect it will be startlingly similar to the string lights review.) I do not yet own a set of the RT lights, but they look half-way decent, if a little bit plain. They look to be modeled after the Eccleston/Tennant TARDIS, though with a uniform blue color rather than their dingier paint-job. Gone is the ambulance badge, but the white door sign is retained. From the pictures I can see online, they also do not appear to have any wood grain elements. I might get a string of them eventually, just to help fill out my other 10. (And to add another 10 TARDISes to my collection number, natch.)