I previously told the tale of my purchase of one of the two TARDISes I bought at Forbidden Planet in New York City in 2014. This is the story of the second.

Except, it’s kind of difficult to say much about this particular TARDIS without spoiling the story it is featured in, a Matt Smith story called “The Doctor’s Wife” written one of my favorite writers in any form, the great Neil Gaiman.

It is an episode I highly recommend watching and is certainly in my top five favorite Doctor Who stories of all time. (One day I must get around to writing them down.) It’s a story that is beautiful and innovative and touching in equal measure, and very Neil Gaimany, as you’d expect. Using shockingly few words, it also manages to both call upon rare moments of previously established Timelord lore, but also establishes a brand new Timelord character who we’ve never seen nor heard of before, yet who seems pretty important to the Doctor all the same. We never see the character in the episode, but Gaiman’s description makes the character feel wholy fleshed out.

Even if you’ve not seen the episode, I think most folks who are passing-familiar with the show could easily watch and follow it with no problems. You should go do so now, cause there are SPOILER’S AHOY… 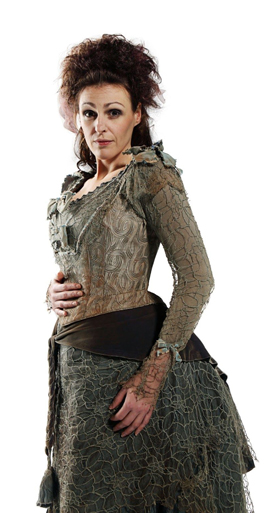 “The Doctor’s Wife” is a tale in which the Doctor, Amy and Rory find themselves beckoned into a pocket universe where they find a small number of people (both odd and Ood), who seem to have fallen out of the main universe. Two of them also seem to be patchwork creatures composed of bits of other people. Holding reality there together is an entity called House. Through the course of the story, the Doctor learns that House not only eats TARDISes for sustenance, he’s been luring Timelords into his pocket universe for centuries, devouring their TARDISes and killing them. When House learns that the Doctor and his TARDIS are the last of their kind, he decides to take possession of the TARDIS in order to escape into the universe beyond. And in order to make room for its own consciousness within the TARDIS, it stashes the TARDIS’s existing living consciousness within the body of one of the lost people who serve him, a strange woman named Idris. Inside the body of Idris, the TARDIS at last has a voice and the ability to communicate with the Doctor, who she calls her thief. I will go no further beyond this, for the plot takes some delightful and frigtening twists and turns. I will say that the word, “Hello,” has never before caused me to openly weep, but Gaiman somehow managed it. 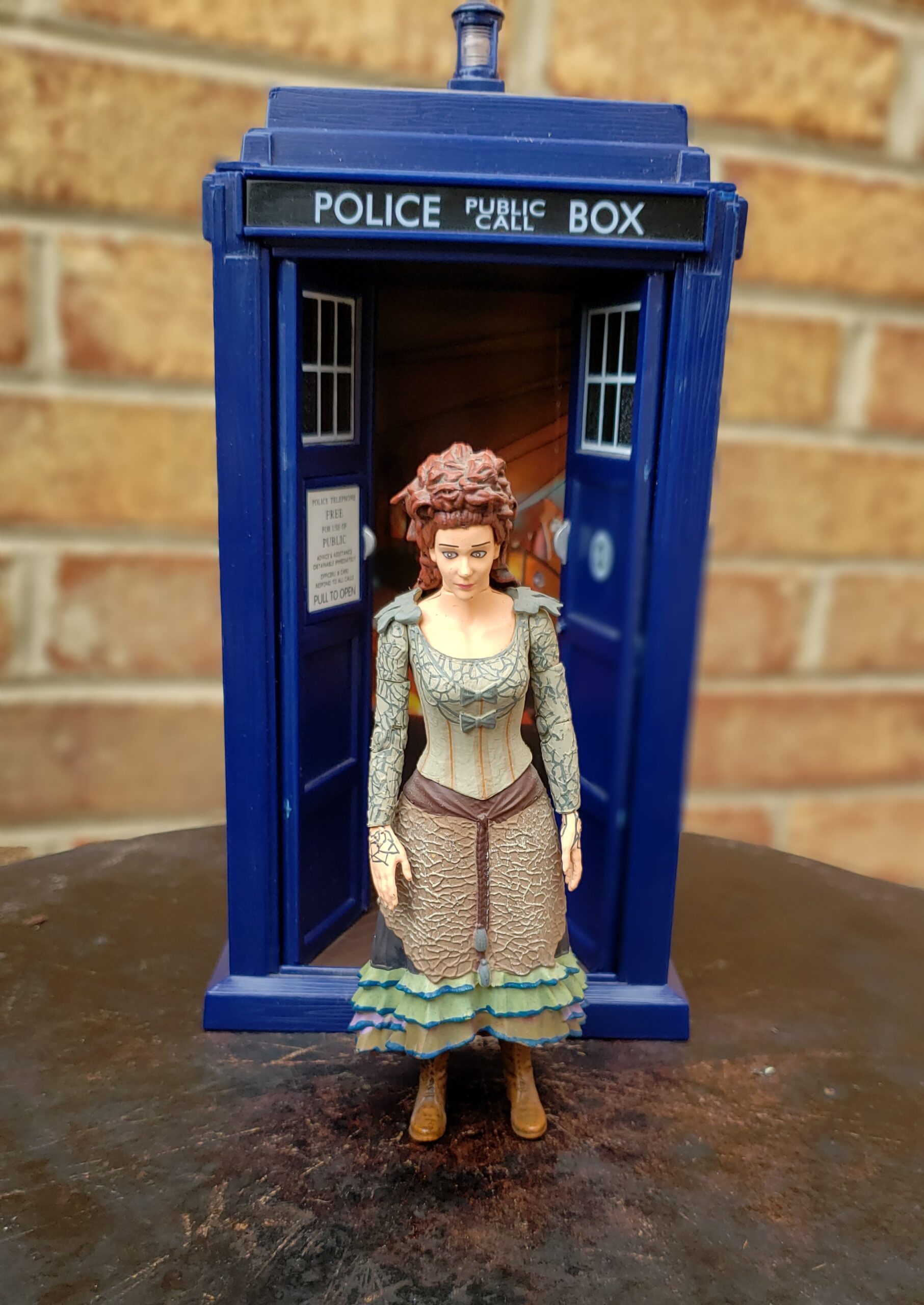 I found this figure of Idris in Forbidden Planet NY, plunked down my cash, and took her home with me. It’s a decent likeness of actor Surrane Jones, as well as her wardrobe–though the real Surrane is far more pretty than the figure gives her credit for. She was brilliant in the show and everything you’d want the embodiment of the TARDIS to be. I think the figure captures her nicely.