A few years back, round about March of 2015, I spotted a very sad attempt at tapping the Doctor Who fan market while browsing in Hobby Lobby. 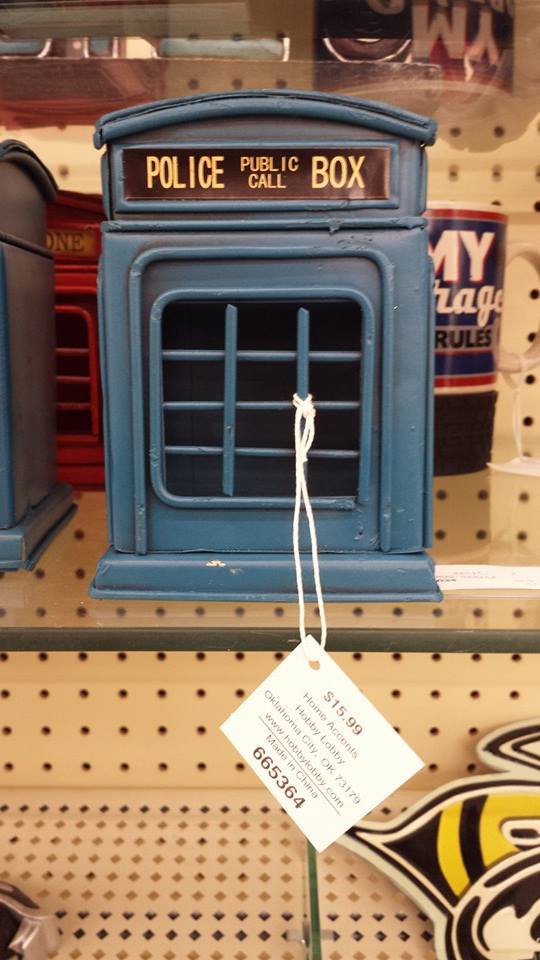 What Hobby Lobby did, which you can see in the accompanying image, was to repurpose a tea candle holder modeled after a red British phone box, paint it blue and slap a Police Public Call Box sign above it’s single door. Oh, I get it. I can sympathize. Someone on their merchandize creation staff was clearly enough of a Doctor Who fan to put this together. But it’s clearly just a cash grab, banking on Doctor Who fans snatching up anything even tenuously related to their favorite show. I said, “Nice try, Hobby Lobby, but you’re gonna have to try harder if you want any of my cash money.”

A year later, I was walking through the same Hobby Lobby when I spied, on the shelf of their metal decorations section, their next attempt. My suspicion that someone in research and development was a fan of the show felt even stronger, because this metal TARDIS bank thing gets way too many details right to be merely a 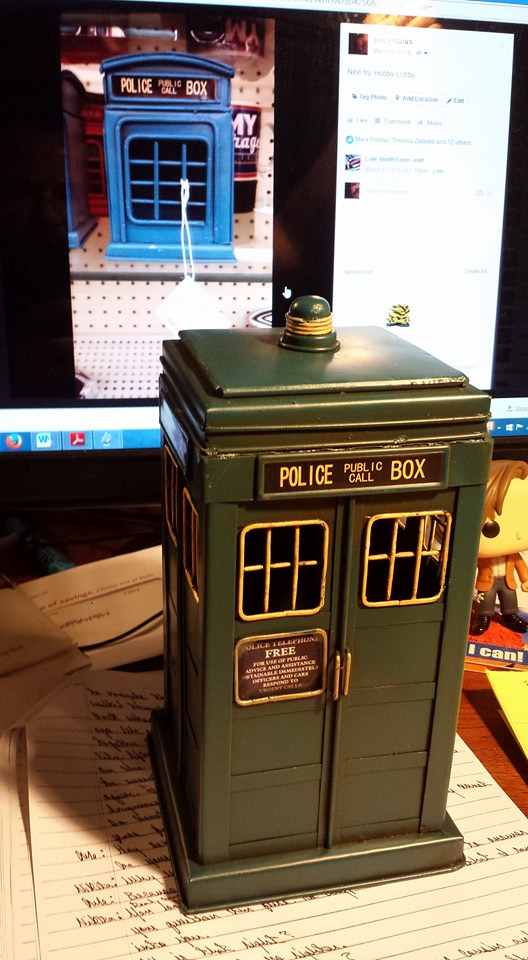 repurposed telephone booth. It’s actually a pretty sweet approximation of a Tom Baker era “Shada” model TARDIS, complete with greenish blue paint, the dark door sign, and the blue dome light on top. Someone knew their stuff and I was willing to bet that someone was about my age and adored Tom Baker’s run as much as I do.

I would have bought this TARDIS regardless, but the fact that Hobby Lobby happened to be having a 50 percent off sale on metal decorations, making it a $10 purchase, meant the sale was a lock.

It’s a high quality item, solidly built. Is it an exact replica of an on-screen TARDIS, no, but it doesn’t need to be. It’s an interpretation that knows its source material.

While they’re not an item one can rely upon finding in your average Hobby Lobby, I have seen them on and off over the years. Keep your eye out, cause it’s a good’un. Four and a half TARDi.