Shortly into Matt Smith’s run as the Doctor, I noticed that Underground Toys/Character Options began an onslaught of new Doctor Who merchandise. Not to say that there wasn’t plenty to be found during Tennant’s run, but the output was definitely stepped up. One of these products which found its way into my possession was a TARDIS ballpoint pen, with a rubber TARDIS on one end.

Now, this was not really an item that attracted my attention, TARDIS or no. I’d seen them in Books-a-Million before, usually in a big plastic cylinder of the pens, up near the check-out counter where it could be an impulse purchase. I never had the impulse. However, a friend who knew of my affection for all things TARDISy did and bought one for me. I had to admit, it was cute. 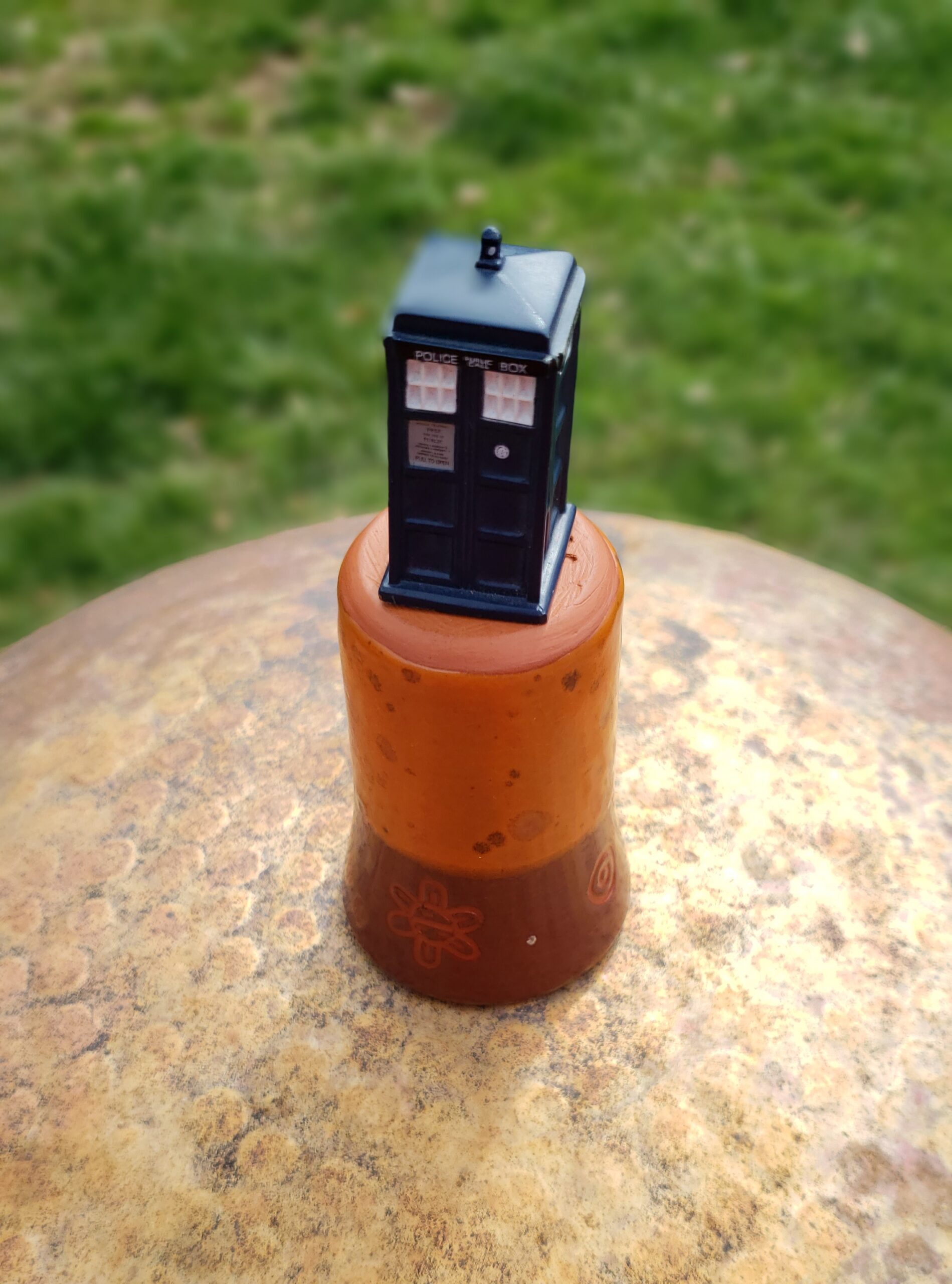 For years my TARDIS pen has lived in various pen jars around the two houses we’ve lived in during that time. It would be used once in a while, but never for anything important, like writing anything on which your signature needed to look good, because it wasn’t that great a pen. I mean, it laid down a line of ink, and all, but one could not ascribe any aesthetically pleasing qualities to that line, or anything.

After 10 years or so, the pen stopped working altogether, and this was where my real plans for this item came to fruition. I yanked the TARDIS off the end of the useless pen. It came right out with no argument, the decade-old glue giving way quite easily. Having greed the TARDIS, I then had another miniature TARDIS to add to my shotglass TARDIS collection.

Is it a great TARDIS? No. It’s the TARDIS equivalent to the pen itself: it’s fine, it does it’s job of being a small TARDIS, but due to the limitations of the rubber material it’s molded from and the manufacturing process, it’s not especially detailed. I mean, the door sign is gray, which isn’t to spec at all. And you’d need a jeweler’s loop to be able to read any of the type on it, if it is legible in the first place–my old eyes can’t tell. But whatevs. It’s a shotglass TARDIS. 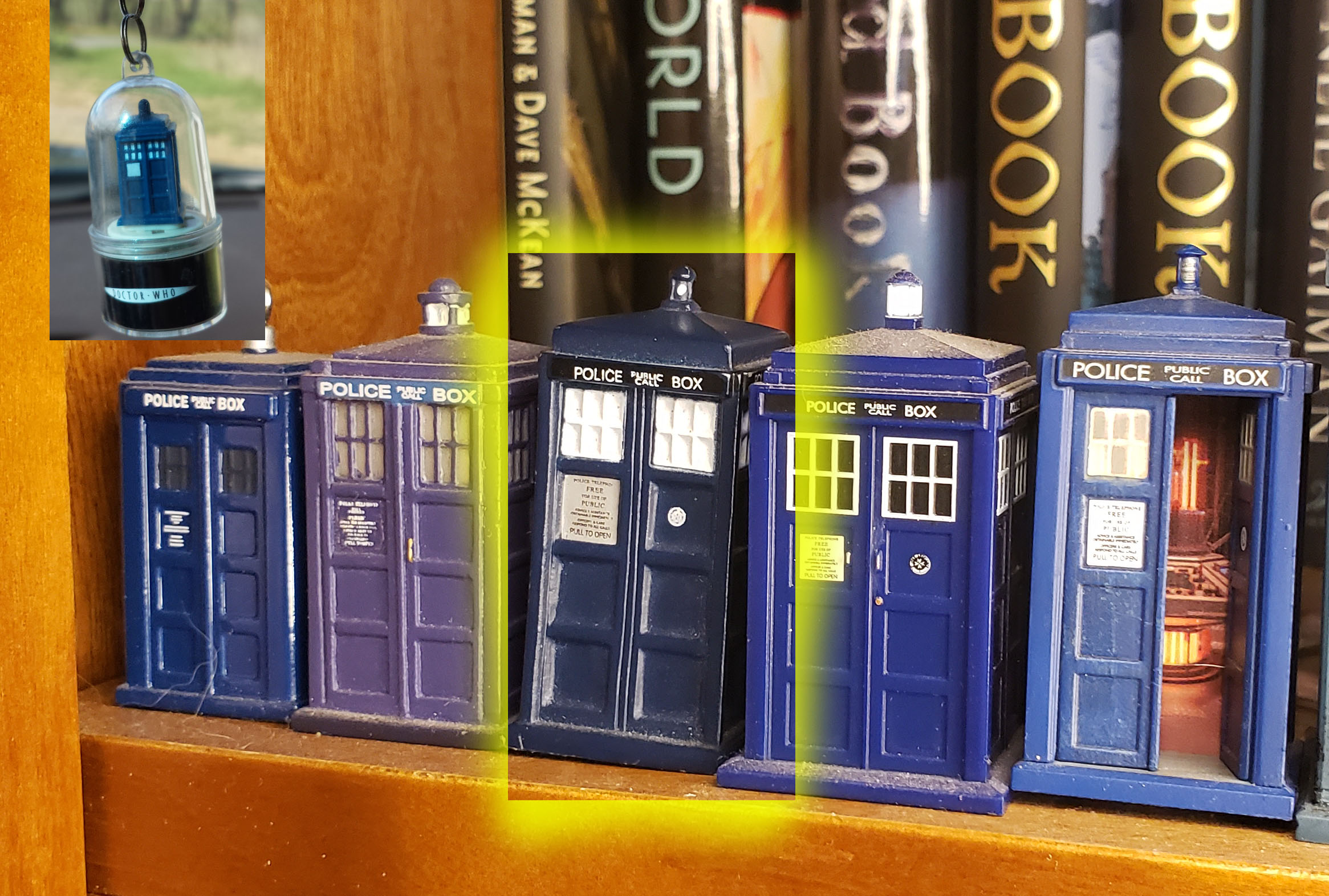 In terms of shotglass size, this is maybe the 4th smallest TARDIS in the collection, following the LED Phone Charm TARDIS, the Baker-model Keychain TARDIS, and the Hornby Scaledale model Railroad TARDIS. It is also one that is still easily locatable in the wild should you want one for your very own. Amazon is selling them for a mere $9.99. Is it worth $10? Not at all. But if you want a miniature fair-to-middling Matt Smith TARDIS with a pen rammed up it’s hinder, that’s where you can land one. I give it 2.5 TARDi.